Holiday lighting doesn’t end with Christmas trees. A popular tradition in many cultures is the New Year Tree, and no, this isn’t the habit of leaving up Christmas trees until after Jan. 1!

You’ll find New Year Trees in Vietnam, the former Soviet Union and Turkey, but it’s a trend that’s catching on across the globe.

In Turkey and Russia, New Year Trees are often the same trees used at Christmas. However, traditionally a lot of these trees go up before Christmas, and some families get two trees. It’s up to you whether to wait and get a fresh tree after the Christmas rush, since no hard and fast rules exist.

Holiday Lighting that Doesn’t Go Out

New Year Trees have a fascinating history, which was detailed in a 1930s edition of Bezbozhnik magazine, compliments of the League of Militant Atheists in the then-Soviet Union. It shows an image of a Christian priest not allowed to remove a tree before Christmas Day. For centuries, putting up an “Ёлка” (pronounced “yolka”) was a tradition, which was brought to the Soviet Union via Peter the Great in the 17th century. Peter was an avid traveler, especially in Europe, and decided in 1699 that the New Year was officially Jan. 1 instead of Feb. 1. 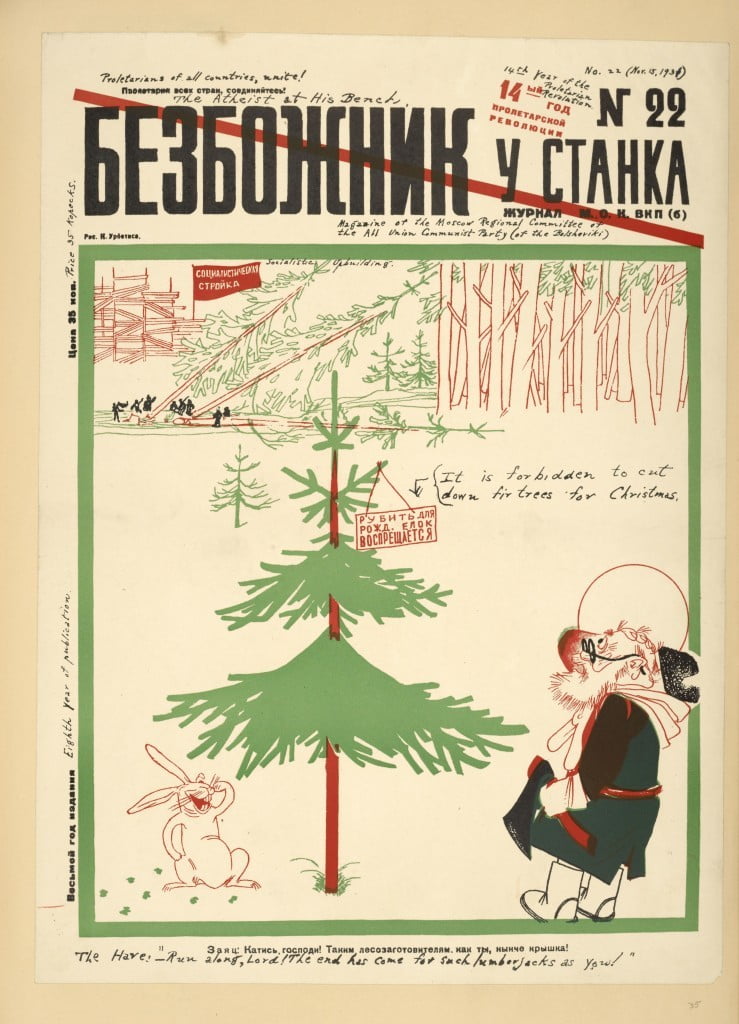 Peter also stated that “fir tree, pine and juniper branches and trees shall be used to decorate houses.” His wishes were followed for a while, but in 1916, Imperial Russia declared that the yolka tradition stemmed from Germany, which was their enemy at the time.

One year later, all Christmas-related celebrations were banned in an anti-religious movement. The League of Militant Atheists urged children to boycott Christmas, including the tree, and in protest the yolka was fully embraced as an alternative.

In 1935, Pavel Postyshev published an article in Pravda magazine encouraging holiday trees to be put in homes and schools. He claimed decorating was a favorite activity of children, and having gorgeous trees illuminating the streets from windows was a holiday must. When the USSR dissolved and religious freedom abounded, the New Year Tree became wildly popular.

In Turkey, most of the population is Muslim and does not celebrate Christmas, so the New Year Tree makes an excellent option. Gifts are often exchanged at this time instead of Christmas presents. In Vietnam, the New Year Tree or “cây nêu” marks the beginning of spring. However, a bamboo pole is the tree in this celebration. Kumquat trees are common in southern Vietnam, and in Cantonese cultures, the New Year Tree is dubbed the “Nin Fa.”

Always let me know when they are coming and always come on time. A discount for paying upfront for the year's service has saved me money. I have a LOT Of trees and caring for them is a big investment, but feels worth it. I've been with this company for years and they have done a good job for us.

Highly professional and expert tree care. They expertly pruned my trees, taking the time to improve the health and stability of the tree, not like a quick hack job like you might get from others.