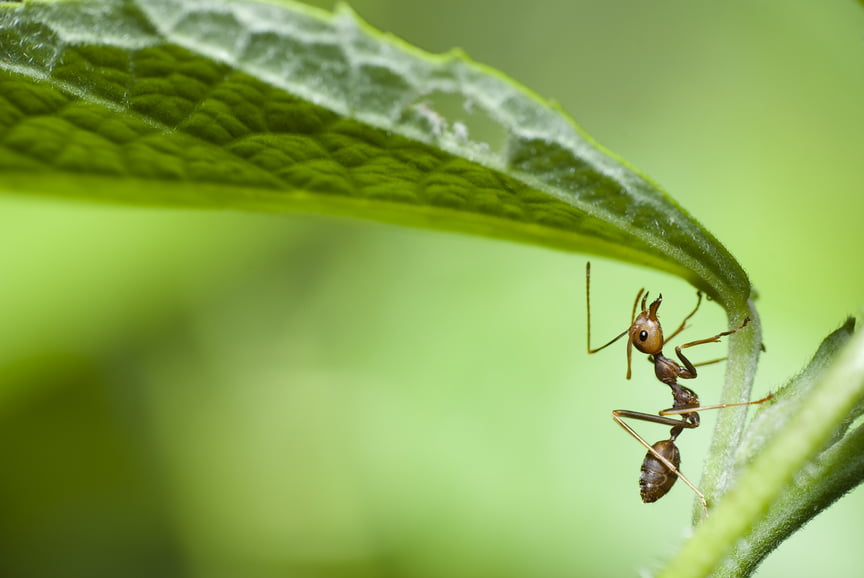 Spring is in the air, which means insect control for trees is a priority for many garden owners around the country. Unfortunately, the warmer weather also brings insects and other pests in masse to the new greenery and blossoms in your yard — turning it into a free, endless buffet. Scale insects are some of the most common, and leave behind hard, colorful bumps on leaves and stems. They’ll suck the juices right out of your greenery, ultimately leaving behind a sticky residue that lures in other insects such as wasps, ants and flies.

Acting quickly is key with any infestation, but especially when dealing with scale insects. If untreated, a tree can eventually die from a scale insect infestation. Spray insecticides don’t work well against these bugs, which have a wax coating that protects them. Instead, go for a systemic insecticide, which will smother them. Just be careful you also use an option that’s not harmful to your specific plants and trees.

Furry and Cute Can Mean Disaster

Some caterpillars are harmless, but others like the eastern tent caterpillar can destroy your landscape. They can be spotted first in February in some parts of the country, spinning nests of silk in branches and trunk forks. When they’re feeding, they can totally defoliate younger trees, essentially killing them. They also leave behind unattractive cocoons. You can remove the silk yourself, then brush the caterpillars into a simple water and soap solution.

Another tree destroyer is the whitefly, which is Lilliputian and starts showing up when the weather becomes warmer. You can spot them as small clouds, but they’re skilled at hiding under leaves. A telltale sign is yellow, dry leaves that are quick to drop—as a group, they can kill whole branches. They can be taken care of with a systemic insecticide early in the spring in order to prevent a mass summer killing of your trees.

Also watch out for the emerald ash borer beetle. A gorgeous green and just half an inch long, it’s actually this insect’s larvae that will kill your plants. They eat the ash tree bark, and are noticed when canopies start dying. If you have an ash tree, you’re at risk. These pests can only be killed with systemic insecticide.

Bagworms look a bit like a wasp’s nest from a distance. Their “bags” will dangle from trees and hatch a horde of caterpillars in spring. They don’t cause a lot of damage, but the bags are ugly. Knock the bags into soapy water to take care of them. There’s a solution to every insect control problem, and some are easier than others; however, relying on a professional is the best (and easiest) way to keep your trees gorgeous.

Always let me know when they are coming and always come on time. A discount for paying upfront for the year's service has saved me money. I have a LOT Of trees and caring for them is a big investment, but feels worth it. I've been with this company for years and they have done a good job for us.

Highly professional and expert tree care. They expertly pruned my trees, taking the time to improve the health and stability of the tree, not like a quick hack job like you might get from others.